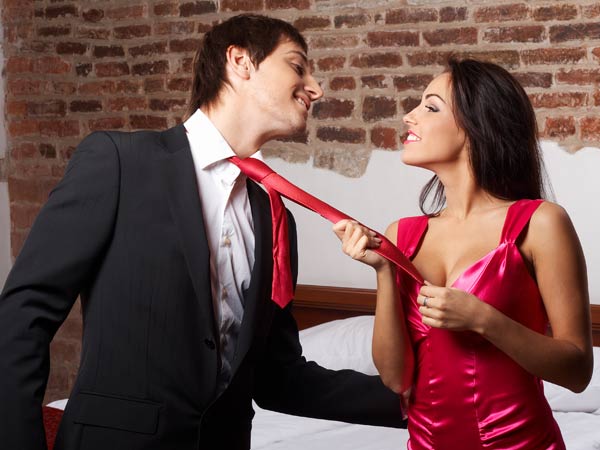 Why are Women Attracted to Baddies??

Many wise and sober men often complain that girls fail to choose mature and sensible men and they even fail to understand that why they choose bad guys over them??

Do you also think pragmatic and prudent women are attracted to bad guys or Baddies?

Girls are fantasizing by nature. Since childhood, they imagine their man to be a prince charming who will come on a shining armor. They have a predisposed image of their man in their minds, which clashes, when it comes to reality. It would be wrong to give a tag of “bad boy” to any of the males. No one is bad, it’s just the image made of flirtatious and naughty guys over the sincere and sober ones. It’s all about individuality and every one is unique!

Researchers believe that, when two people contact each other initially and converse, the key requirement here is responsiveness, which determines future encounters and lays down a base for the relation in the girl’s mind.

Girls fall for the grandiose view, that males show when they first meet. But this attraction is short lived as the narcissism and grandiose self view of males continues after the physical attraction phase. This drops down the woman’s attraction towards the man because the girls needs and wants gets submerged and she starts feeling a void. Feminine girls find alpha males appealing at first as alpha males are confident and self driven, but after some time the attraction goes down the valley as they are emotionally unsatisfied as they see dark qualities of alpha males that too in the microscopic view i.e. control, jealousy and self obsession which sometimes even turn to harsh and ferocious.

Due to the initial attraction women start finding a paradox which stands responsible for the emotional void and the sincere men are left behind. Awwww 🙁

So, guys show some confidence and be responsive to the gals and for you gals, try to understand men as they fear rejection more than what you can think.And for all, keep in mind that girls and guys are hardwired differently….. Ooops but it’s true!!